Nature reports: The meeting of the Society of American Archeology listened to Dr. Fehren-Schmitz, who presented the sequencing of human bone found in Peru at a site called Lauricocha. The remnants are from five individuals, two of them died around 9000 years ago, a third 2.500 years later and another a further 2300 years later, the fifth was dated. The sequences were derived from mitochondria and from the Y chromosome.

The results are in agreement with a single wave of migration. There might be earler migration but not necessarily. It is now up to investigator to sequence the actual indigenous population to see whether there are dicrepancies to this determination

Very strange, to be polite. Or bullshit, to be honest. The silkworm genome has been almost fully sequenced. The side-chain cleavage enzyme (cyp11a1) are definitely not present as well as the aromatase (cyp19). Without these no chance for any estradiol or analogue.

Caution! Not always when estrogen is claimed there is estradiol present!

Sometimes we need an eye-opener to notice things which are in our reach and still beyond comprehesion. We smite our forehead and confess how could we be such blinds. The paper “The essence of female–male physiological dimorphism: Differential Ca2+-homeostasis enabled by the interplay between farnesol-like endogenous sesquiterpenoids and sex-steroids? The Calcigender paradigm” by Arnold de Loof in “General and Comparative Endocrinology” is such an eye-opener. It puts the Calcium (Ca) metabolism in an entire new prospective. De Loof argues that Ca is a toxin which has to be kept away and that reproductive activities such as egg laying and mild production have developed for this purpose since the Ca that an egg contains and which is in milk deplete the organism of much Ca.

The Ca concentration in blood is in the range of 1-3 mM in man and are conserved in evolution. In the cell however, there are only 100 nM, ten times less. The cell membrane is partially permeable for Ca so that the cell always has to deal with an excess of Ca which is permanently depleted by Ca export or/and storage in entoplasmatic reticulum vesicles.

The surprise of the paper is that de Loof finds a function for farnesol in eukaryotes: A Ca transporter in the ER that is only regulated by farnesol-like substances is common to vertebrates and insects.

Whether all the ideas of the paper will survive experimental scrutiny is to be seen, but two ideas stick: Calcium as a toxin and its role or more to the point the removal of Calcium at the origin of reproductional activity.

The paper is open access and and a must.

Hunting a moving target involves reaction to the prey’s movement, so you would think. It involves, however, in vertebrates also a model how the prey may move, to be able to predict the possible flight routes. This model was thought to be lacking in invertebrates.

In a paper in Nature Mischiati and colleagues describe that dragonflies have this internal model, too. They show that vision is to react to the prey’s escape but underlying the dragonfly’s steering is brain model how the prey might fly. You have to keep in mind that dragonflies hunt in 3D and not in 2D as tetrapods do. We are proud that comet lander does find and land on the target some 100000 miles away, and use immense computer power for this task. Dragonflies have it all in their tiny heads.

The paper uses fly models in the lab as prey. It will be some time before it will be possible to test the facts on free flying dragonfly. But it is a nice piece of information already.

There is a fascinating article in BMC Biology (doi:10.1186/s12915-014-0066-4, Open Source)which deals with bacterial evolution. It is an eye-opener for people not involved into the subject. Bacterial evolution is so fast via horizontal gene transfer (HGT) that there is almost no time for “normal” base exchange mechanisms. The predominant way of evolution is by gene loss, but occasionally via gene gain which may change the bacteria dramatically. This has also an impact of the charactization of bacteria whose genome  should be regarded as part of a pangenome or even supergenome.

I wonder whether a given size (which is obviously maintained)  would limited horizontal transfer of larger parts of the genome.

Since this is open source I copy the conclusion entirely:

Almost any animal regulates its metabolism as well as its reproductive life according to the time of the year. (The fact that some domestic animals do not is the exception). This dependence on the season has long been a mystery for endocrinologists. Even then it was found that the Nucleus suprachiasmaticus in the hypothalamus controls and generates a circadian (daily) rhythm which is reflected in all animals analyzed the circannual (yearly) rhythm remained obcur.

Recent developments have shown that some pituitary cells in Pars tuberalis (PT; close to the pituitary stalk) measure the length of day via the melatonin they receive. Since melatonin is only produced in the dark, much melatonin means long nights and few melatonin means short nights. These cells therefore have been named calendar cells.

In an Open Access review in the Journal of Endocrinology Shona Wood and Andrew Loudon have summarized what is known about the physiology and biochemistry of this circannual regulation. They show that thyriod hormones and their conversion from thyroxine to triiodothyronine by deiodinase are an important part in the short day response. They analyse the melatonin response in the PT. They also show how clock genes are differential regulated during the seasons. Finally they show that a ancient gene, the eye absent protein 3 (EYA3) is specifically upregulated when the days get longer.

These genes are ancient and found in insects as well as in birds and mammals pointing to a very old mechanism.

In the Science journal there is a remarkable report (DOI: 10.1126/science.1252243) by Lee et al. on the evolution of birds from dinosauri. A lineage is depicted which comprises 12 different independent steps in size reduction. These steps occurred mostly long before the first flying animal hatched. A Perspective article (DOI: 10.1126/science.1257633) by M.J. Benton puts this paper in its context: 20 years ago the evolution of birds was believed to occur within 10 Millions of years. This article summarizes the research done since: Around 50 Millions of year were necessary to the steps to reduce the animal to the size of Archeopteryx and further to that e.g. of a swallow. Some of the intermediate species had feathers, some were “paragliders”, but only Archaeopteryx developed free-flying.

Benton argues that the minaturization was caused by an environmental change i.e. that they tried to live on trees. The gain when living in a tree environment would be safety from predators and a wealth of additional food. Possible.

The authors sampled 120 therapods and early birds. That by itself is a tremendous achievement and makes their analysis fairly sound. Excellent work!

Epigenetic modification of DNA, mostly methylation, is the way which ensures lineage specity in mammalian organization and propagation of cell types. It is inherited while cells multiply.

In Nature this week (doi:10.1038/nature13648) Reik and Kelsey describe two article (Guo, H. et al. Nature 511, 606–610 (2014) and Smith, Z. D. et al. Nature 511, 611–615 (2014)) where the methylation patterns in egg, sperm, fertilized eggs and blastocysts are analyzed. As has been found in mice before, blastocysts lose most of their methylation. Later in development the DNA gets remethylated again. This has been suggested but formal proof was lacking. The imprinting – methylated gene regions due to maternal or paternal origin – is not as much removed for maternal genes, but for paternal ones.

Whether these papers will improve human stem cell research is to be seen. 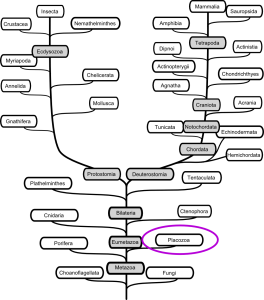